A stamp signed by Lemon 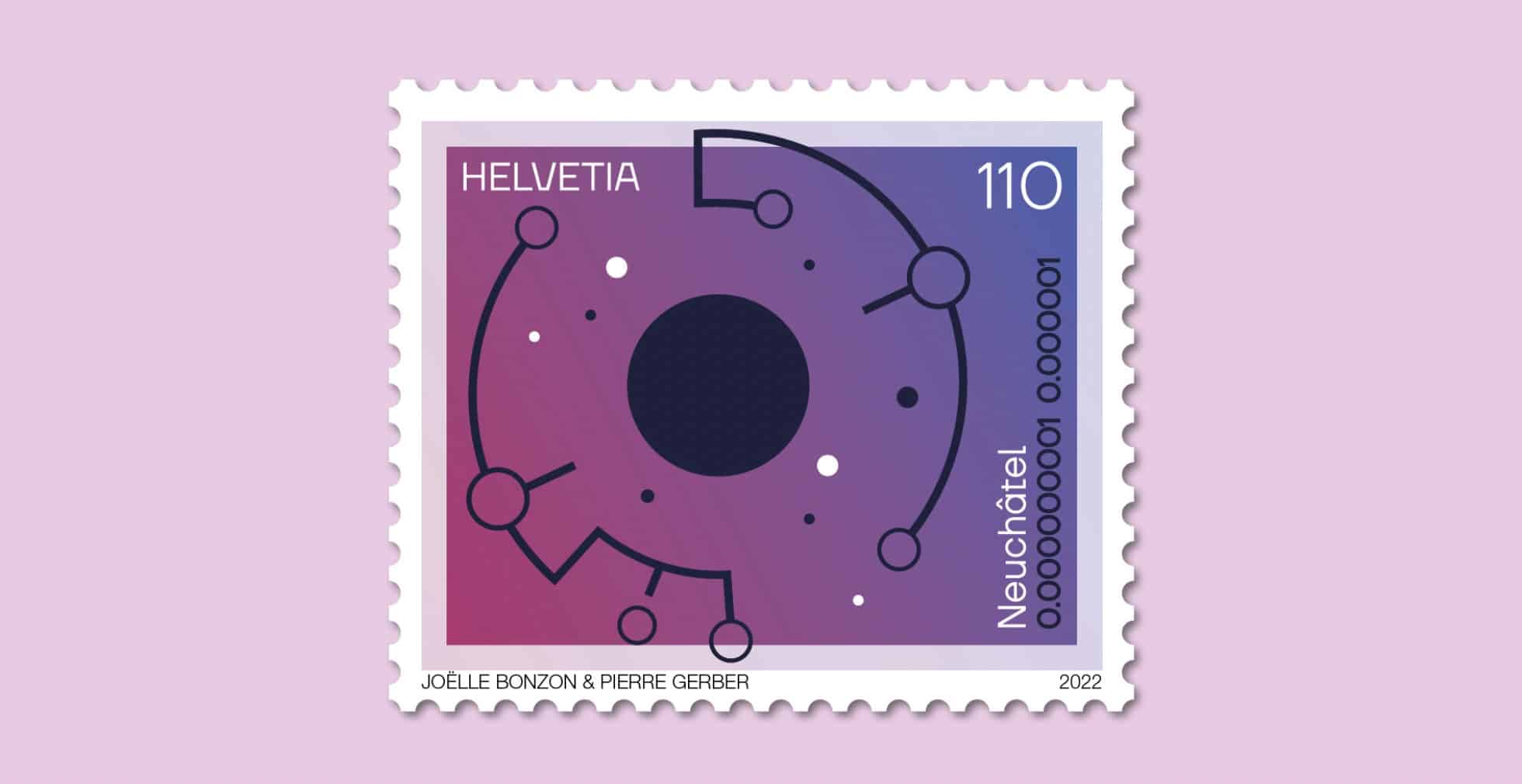 It’s pretty rare for our work to end up in collectors’ albums. And yet, we’ve recently created a stamp for the Swiss Post. This was an unusual project, not just because of its format, but also because of the object itself. This is the first time that we’ve worked on such a small surface with such a big story to tell!

The stamp is part of the “My Canton – Our Switzerland” collection – a joint project led by the Conference of Cantonal Governments and the Swiss Post. The sheet is composed of 26 cantonal stamps and a last one depicting the House of the Cantons, whose headquarters are in Bern.

We were selected by the Swiss Post to create the Neuchâtel stamp. This filled us with pride, but at first, we felt a bit of apprehension. Though we had carte blanche, we still had to respect some basic rules: our project was to mention the words “Helvetia”, and “Neuchâtel”, as well as the price of the stamp (110 cents). So far so good, but the imposed theme was “Microtechniques and Nanotechnologies”. Not exactly our universe; however, we’re always up for a challenge.

So, we familiarised ourselves with the infinitely small, finding out what the canton produces in the fields of micro- and nanotechnologies. We discovered a world of wonders, where technology is taken so far that it becomes like poetry in motion. From that feeling, we tried to extract a myriad of shapes and hues which would define our creative process. 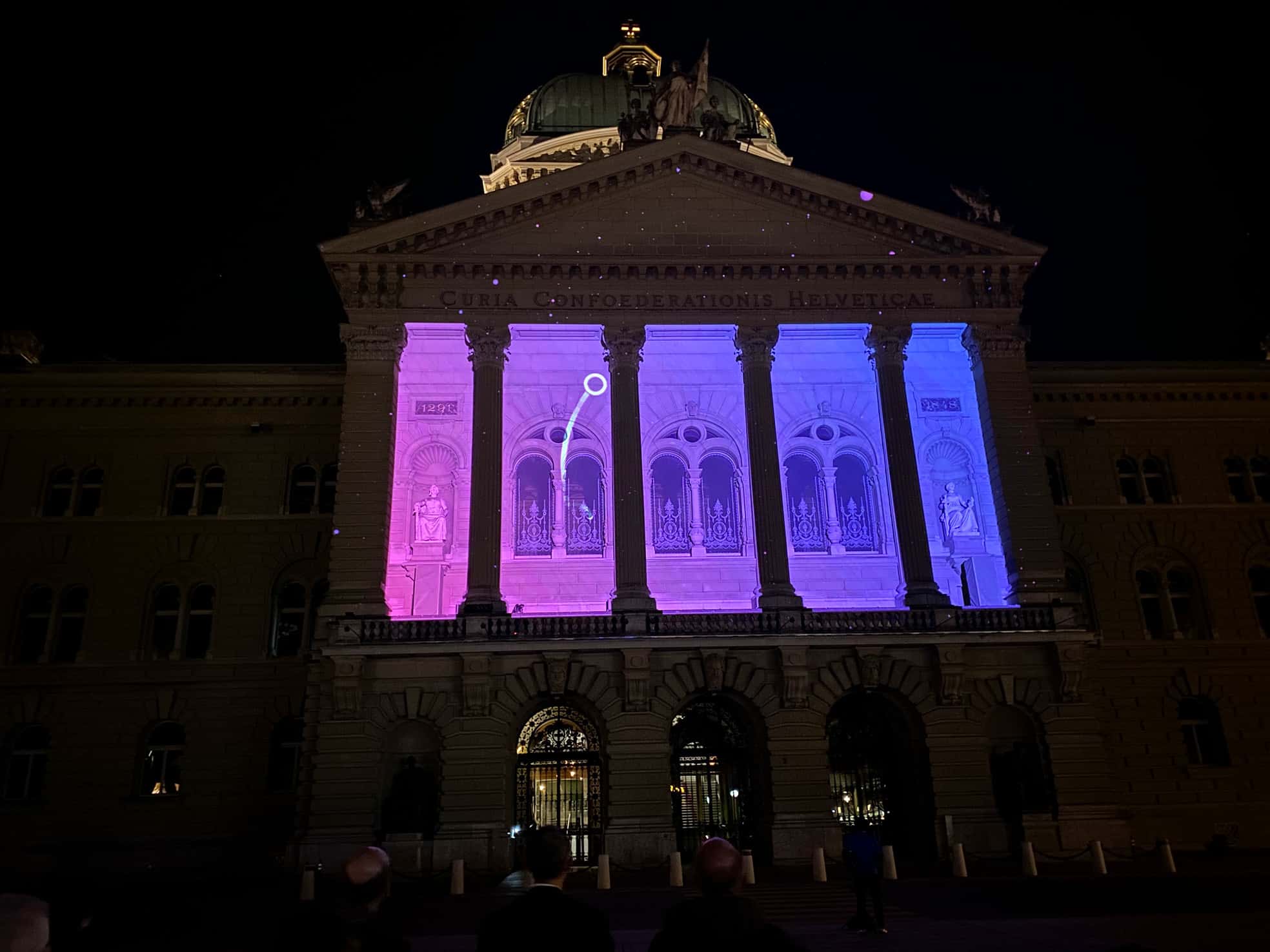 All hands on deck

We decided to include the whole agency in the adventure. Yes! Everyone came to the brainstorming and gave their opinion on what the design of a stamp depicting microtechniques and nanotechnologies should include. This gave us the guidelines for our final creation.

Seeing how difficult the subject was to perceive concretely, we chose to work on an abstract visual. We didn’t want to leave anything out either. Representing these technologies with just a microscope, for example, would not have been enough. For our final version, we chose a gradation going from pink to purple, colours which often symbolise technology and innovation.

The central shape evokes an eye: it can either represent the vision of a canton turned towards the future, or a wheel from a watch mechanism, a typical symbol of the canton’s DNA. It could also be seen as the lens of a microscope, for a canton focused on research and innovation. The exterior of the crown shows either the atoms of a molecule, or the tortuous path of a circuit board. Finally, the numbers on the right of the stamp indicate the scale of the nanometre and of the micrometre. These are some clues to understanding the world this stamp depicts.

A sense of satisfaction

At the official presentation in Bern, last March, the 27 stamps were projected, by night and in large format, on the façade of the Federal Palace. We did feel a little shiver of excitement! What pride to see our work commercialised and ready to travel around the world – preferably on letters of love rather than on bills! 🙂 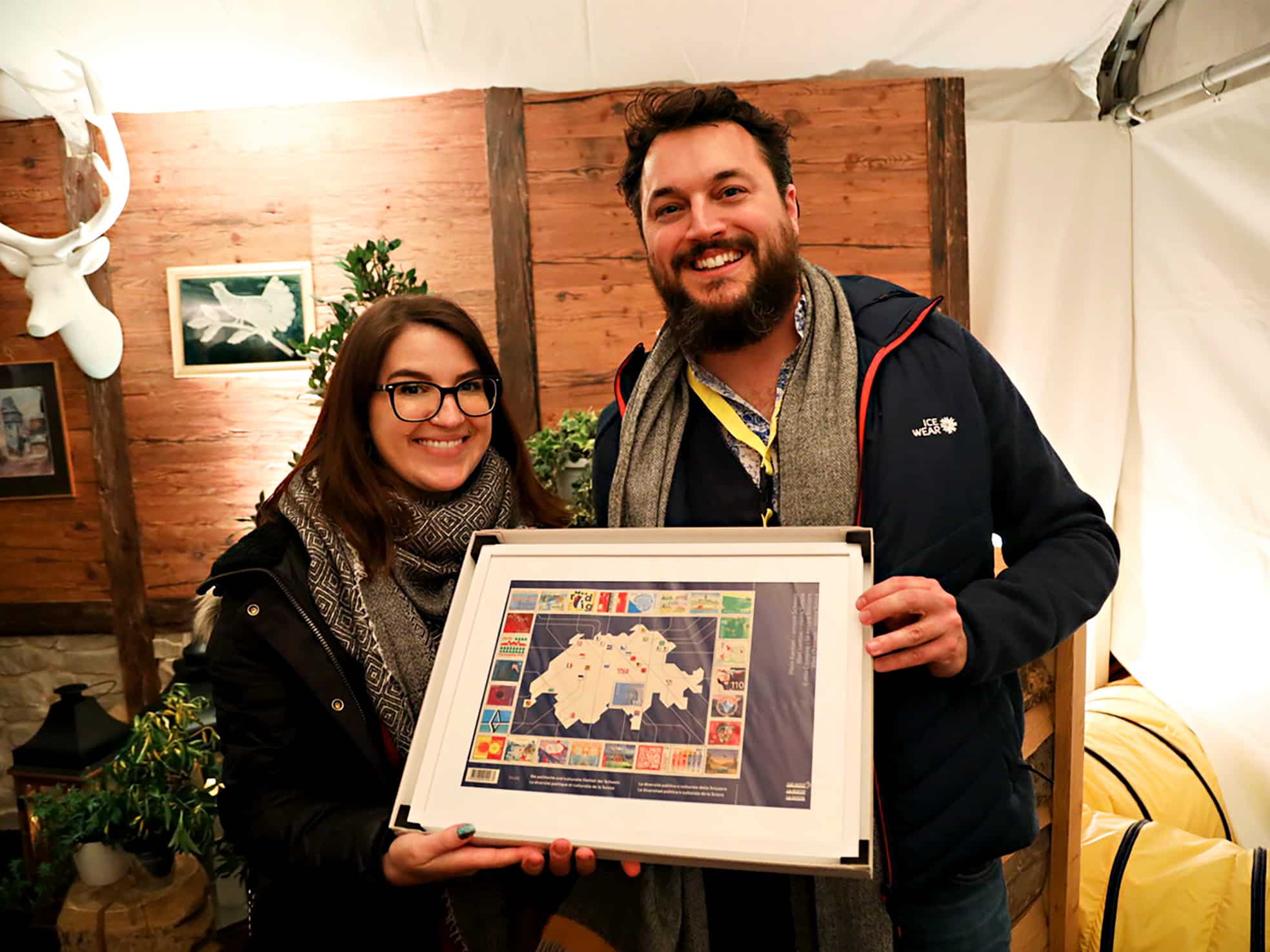 Order “My canton – our Switzerland” sheets

View the project on Behance

Back to the blog